Hi everyone and welcome back to another development post here from the Boxing Boyz team.

In this development post we will be introducing and explaining the functionality of the 4 game modes that will be available in the Boxing Boyz Game.

The first of these game modes is The Training Mode.

Training in Boxing Boyz is the PVE mode of the game where boxers can spar against AI at their home gym. Each boxer has a home gym equipped with a standard boxing ring where the player can play against AI. This ring can be cosmetically upgraded using assets from the IGO.

In the training mode, boxers can practice against AI to improve their stats and earn token rewards from victorious matches, without the need to stake any tokens. The amount of tokens you can win is determined by your aggregated skill level.

You do not require a staked balance to play this game mode.

The Second game mode is The Fighting Mode.

For players to experience the full extent of the play to earn aspect of Boxing Boyz they can indulge in fighting other players with the PVP game modes.

In fighting mode Boxing Boyz holders play against each other online, competing for a cash reward that they will receive after successfully winning the match.

The third game mode is The Challenger Mode.

Challenge mode allows boxers to challenge each other 1v1 for a betted amount of $BOYZ tokens. Boxers can send a challenge invitation to any other boxer and they can specify the amount for the fight. Once accepted 2 boxers battle it out for the opposing boxers deposited sum of $BOYZ tokens.

The forth game mode is The Tournament Mode.

After the successful implementation of our core game modes (fighting & training) we plan to release Boxing Boyz Tournaments. These are competitions based on skill level, where a large bracket of boxers come together to battle it out for the number one spot in the tournament where they can win large amounts of $BOYZ tokens without the need to stake a balance.

To enter a tournament boxers must have an eligible skill level and they must obtain a tournament pass NFT that grants access to the tournament.

The culmination of these gaming modes is the core of the Boxing Boyz game experience, our team is very excited to hear what our soon to be players think of them in action!

Connect with other fighters through our official discord server and never miss an update about what’s coming.

Boxing Boyz © All rights reserved
Made with love by Ratic 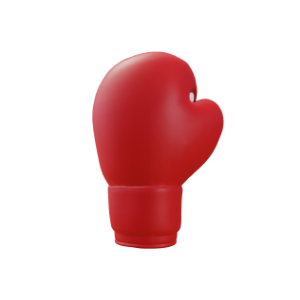